In the last two days, I’ve been called a low-life for who I plan to vote for, and I was accused of “caving because that’s the norm for those of your mindset,” simply because after a long back and forth exchange, I told the man that I believed neither of us were going to convince the other, so we’d have to agree to disagree. To which he commented:

Jan Marler Morrill, knew you’d cave….. you have no credible accomplishments. But you see, i knew that. And knew exactly your response to that. That is the norm for humans of your mindset.

The amazing thing is, neither of these two name-callers knows anything about me–except that I’m not voting for who they think I should vote for.

So, I thought I’d list a few things about myself, to show that I’m more than the vote I’ll cast. Perhaps you’ll learn a few reasons why I can’t vote for Trump.

Name-callers will rarely read anything that doesn’t massage and stroke their ideas of what’s right and what’s wrong, so it may be moot for me to publish this post.

We’re all concerned about, maybe even afraid for, the state of our country. Lately, I lean toward afraid. But my fear is not related to the policies of either candidate or which judges they’ll choose. We have and will continue to survive that. Instead, my concerns revolve around what I see every day on social media–hatred surrounding our differences, whether racial, religious or political. There are many people–with very loud voices–who seem to believe we all have to be and think the same.

Donald Trump is fuel to that fire. That’s the biggest reason I can’t vote for him–I don’t care if he is a Republican.

In my list of puzzle pieces, I hope you’ll see:

We will never, ever all be the same–no matter how angry we get, no matter what names are called. And so, I’ll close with this quote–in case you don’t make it to the end of my list. 🙂 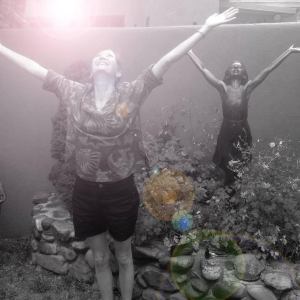 Politics and Relationships: How to Love a Liberal

The Logical Reasons Behind My Emotional Vote