The Literary Citizen Has Arrived!

I first met my friend, author Karen Nelson at Ozarks Writers League. She served as President of OWL following the end of my term in 2013.

Karen is a multi-talented mom, author, photographer, editor, webmaster and entrepreneur, which brings me to my happy announcement that she has published a new online magazine, The Literary Citizen, which is a great resource for writers and readers. Inside, you’ll find lots of information about online events, tips and encouragement. 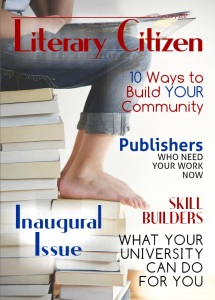 I thought this would be a perfect opportunity to introduce you to Karen and her new magazine!

Jan: What inspired you to start an online writing magazine? 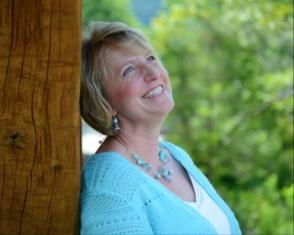 Karen: As a long-time member of my local writing organization, I had noticed that there wasn’t an effective way for writers to connect with other writing groups or to isolated areas. I was inspired to take action after a presentation on what it meant to be a literary citizen. I realized that I had been enjoying the benefits of my writing community without contributing as much as I could. I had already been an editor for other publications, and two digital magazines, so starting an online magazine for writers seemed the best match for me!

I really hope that The Literary Citizen unites writers and artists across genre and region, and makes them feel they are not alone in their publishing journey. I also want to showcase as many regional and upcoming authors as possible. The publishing field can be intimidating and nameless. Not everyone has access to a regular critique group or conference. I want the magazine to be their partner – their cheerleader – when that moment of loneliness threatens.

I’m excited for anyone who wants to contribute material for future issues – visit TheLiteraryCitizen.com for guidelines. I’m looking for unique, personal commentary on genre, craft, community, and publishing, and it’s a great place to list your writing group, event, book for sale, or editing services.

Jan: What inspired your love for writing?

Karen: I was writing creatively from elementary school age. I remember a book of poems (hand-bound!) that won an award in 5th grade, and a series of writing awards in high school. I was very shy, and it gave me a lot of confidence to have my writing recognized by people I looked up to. One of my favorite projects was a parody newspaper of Shakespeare’s JULIUS CAESAR. It was tremendous fun, and I thought then that pulling disparate pieces of information together to form a more complete picture of an era was the most intriguing thing. Even though I was involved in vocal and instrumental performance, I’ve never forgotten that first thrill of having someone read my work and find it enlightening, or funny, or tragic. Music is an emotional connection with an audience, too…but writing doesn’t give me stage fright!

In the past two decades, I’ve written for the educational and nonfiction market with both books and articles, and I’ve found that it really feeds my love of learning and teaching. I can get lost in a topic for months (thank you, Amazon, for making sure I buy the most obscure research materials in the world), and I love the challenge of organizing information and distilling it into manageable pieces. My past work as a librarian and an educator still finds plenty to do in my writing. 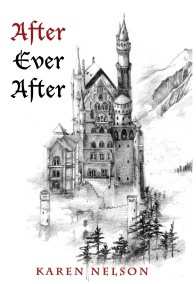 Jan: You’ve also written the book, After Ever After. What inspired you to write a book about what happens after the closing to many of our favorite fairy tales?

Karen: I’ve always had a curiosity for secondary characters – those marginal people that have their own unique story, if only someone would tell it. We can’t all be young, gorgeous princesses or rich, handsome princes, but that doesn’t mean we don’t have our own point of view on events. I began by imagining I was a maid in Sleeping Beauty’s castle at the moment she pricked her finger on that spindle. I’d have been washing dishes, ogling the new yard boy outside the window, chafing against my skirt that was getting too tight around the waist, and bam! I’d wake up a hundred years later with everyone I know dead and gone, and a serious fork imprint on my face.

I loved the original fairy tales, and I revisited Grimm, Perault, and Andersen to jog my memory. Some of my favorites are retelling The Emperor’s New Clothes with the voice of the boy who told the truth, pondering the mother’s thoughts from The Ugly Duckling, and dishing the gossip from The Princess and the Pea…as the Pea.

I also held true to the darker aspects of the original tales. Bluebeard, Rapunzel, Twelve Dancing Princesses – these are not happy endings, and the psychological effects of the characters, had these been true, would have been chilling. That idea also coincides with the reality that someone else may get Happily Ever After, but the rest of us live the After Ever After. Life goes on…prince or no prince.

Karen: That’s a loaded question, because sooner or later you have to talk about the staggering amount of dreck that gets self-published. And that leads to hurt feelings. But really, I think the digital age has freed up “ordinary” people to pursue their writing dreams. Just having a blog that your family reads can be immensely rewarding. You can build on your online publishing, create a marketing plan, work on a hybrid project with a small press, be picked up by a big publishing house…the possibilities are endless. Supporting a vibrant digital writing community is the adult continuation of promoting literacy. The real negative to the digital age is the narcissistic molding of social media. We’ve lost the ability to self-censor and make respect and dignity a priority in conversation. Some protest that social media isn’t “writing”, but I disagree. If you are expressing yourself through text, it’s writing. Now we’re reading handwritten love letters and farewell notes from generations past, and it’s obvious to me that casual words matter.

I decided a long time ago that I wasn’t here to judge. I got my master of fine arts in creative nonfiction because I wanted to network with like-minded people and fill in the cracks of my earlier education, but earning that degree made me feel more open to all writing, not less. As a librarian, I watched patrons be equally thrilled with the latest formula mystery, the newest trashy romance, or an in-depth look at the life of Gandhi. I loved that it wasn’t the content, but the connection that made readers keep coming back for more. As long as people are reading SOMETHING, they can always move to a higher intellectual plane. It’s not something I have to worry about. This belief kept me going when my son refused to read anything but Captain Underpants for two years. Now he’s a Mark Twain fan. And if he had never progressed past fart jokes, at least he was entertained by something other than a screen.

Jan: What does literary success look like to you?

Karen: I have a really bad habit of forgetting what I’ve written, so being published is not the penultimate for me. (Don’t get me wrong. I like being published almost as much as I like paychecks.) Like musical performance, for me the most growth and excitement was to be found in the rehearsal, not the production. In a way, the final result is kind of a let down. I love the act of creating, of collaborating, of seeing where an idea takes you. For me, success is not a destination. There is no sign at the end of the road saying, “You Made It! Here You Are! Success!” I believe success is doing the work you love and being engaged with your community – whether it is 2 people or 2,000.

I tell you what I’d like to have, though. I’d like to have a contract to write cozy mystery novels. I have several ideas started. I don’t want a contract for the fame. I want it for the deadlines. I always do my best work when someone else is waiting for it.

I, too, understand the power of a deadline! Thank you so much for visiting, Karen, and best wishes for much success with The Literary Citizen!

To read the inaugural issue of The Literary Citizen, click HERE.

This entry was posted in Interview, Uncategorized, writing and tagged After Ever After, Interview, Karen Nelson, The Literary Citizen, Writing. Bookmark the permalink.

5 Responses to The Literary Citizen Has Arrived!