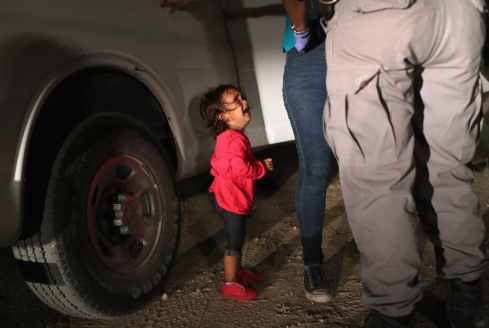 I don’t care if you’re a Republican or a Democrat. If you’re a Trump supporter or not. I don’t care what you think about immigration reform, or whether you believe in God or are an atheist.

If you’re a human being, you cannot possibly think separating a child from his/her parent is humane. 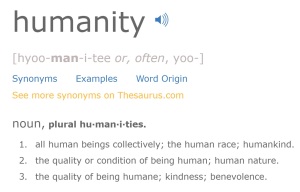 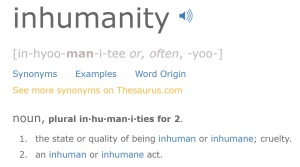 Humanity: All human beings collectively. Whether immigrant or American. The human race.

If America’s policies are not humane, then we as a country are inhumane.

When the stories of these separations first began to hit the news cycle, I’ll admit, my first thought was one of denial. Perhaps the media was sensationalizing the claim. I did not want to believe this was happening in America. I didn’t want to believe the GOP had slid so far down the slippery slope of their desire to retain control. (I’m a life-long Republican.)

So, I continued to listen and read a variety of news sources about “tent cities,” camps and an empty Walmart housing the children, while both Trump and Sessions rationalized the “zero tolerance” policy as a deterrent to illegal immigrants. 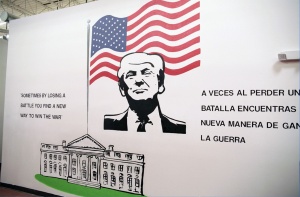 “If people don’t want to be separated from their children, they should not bring them with them. We’ve got to get this message out. You’re not given immunity.” ~~Jeff Sessions

Two things happened, and I could stay silent no longer.

The little girl in the photo above is about the age of my granddaughter, Allie. I couldn’t help but think about my own grandkids being taken from their parents. Allie needs her mommy. It wouldn’t matter if she was taken to a park, a toy store or even Disneyland. When she’s sad, hurt or especially frightened, she wants her mommy. Period.

How can anyone, especially a parent, try to make the separation sound harmless by reasoning the children are being “well cared for” and have a clean environment, healthy meals and plenty of toys?

When Dr. Colleen Kraft, head of the American Academy of Pediatrics, entered a facility, she found a “little playground where children could play. Rooms were equipped with toys, books and crayons.”

She noticed a 2-year old girl crying and pounding her fists on a mat. Dr. Kraft said, “The really devastating thing was that we all knew what was going on with this child. We all knew what the problem was. She didn’t have her mother, and none of us can fix that.”

Read more here: “America is better than this”: What a doctor saw in a Texas shelter for migrant children

The BS spouting from the mouths of those trying to soothe concerns about taking children away from their parents began to remind me of the propaganda used during the internment of people of Japanese ancestry during World War II. (If you aren’t familiar with my family’s history, my mother was interned at the age of eight.)

The following statements are almost identical to the justification used to intern my mother, her family and 120,000 others of Japanese ancestry–2/3 of them American citizens.

If you don’t want to watch the whole video, jump to around minute 5:00. It might surprise you to hear how similar the propaganda sounds to what’s being said today.

“I would cite you to the Apostle Paul and his clear and wise command in Romans 13 to obey the laws of the government because God has ordained them for the purpose of order.”

And here’s a quote from the end of the video about the Japanese Internment:

” . . .we are protecting ourselves without violating the principles of Christian decency . . .”

Love does no wrong to a neighbor; therefore love is the fulfillment of the law.

But I believe, if we really think about it . . . if we stop for a moment and empathize with those immigrant parents, or at least with those children, how can any of us think separating children from their parents is humane?

And if you agree it’s inhumane, how can you remain silent?