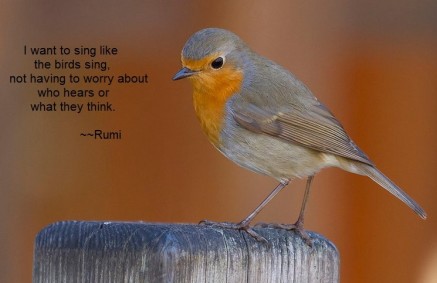 But, in July, I was invited to write a six-word story about fear of speaking. Thinking back to the times I’ve experienced “the jitters,” I wrote:

Such anticipation for my words? Breathe.

However, when I read the “6-word stories” written by others on Coach Daddy’s blog, I found that I apparently misunderstood the context of the prompt: What’s We’d Say Without Fear, because most other contributors wrote about what they’d say to the world if they had no fear, not about fear specific to public speaking.

So, I amended my six words in the comments of Coach Daddy’s blog, because though I admit to fears about some things, one of those is not a fear of changing my mind. Here’s my amended six-words:

Quit being so easily offended!

It’s these six words I’m writing about in this post, because more and more I see examples of people being too easily offended by something someone says. Here are some examples:

1) KimonoGate: A small group of Asian Americans (most were not Japanese Americans, mind you) were so offended by non-Japanese visitors to Boston’s Museum of Fine Arts trying on a kimono (see my post, “Outrage Over a Red Kimono?) that they managed to get the museum to disallow visitors to try it on any longer. Instead, the museum now allows visitors to experience the kimono through touch.

The protesters continue to be offended. Here’s an excerpt from their manifesto on their “Decolonize Our Museums” Tumblr page:

However, the updated event, which invites people to “touch and engage with [the kimonos],” continues to be inappropriate without proper mediation and acknowledgement of the Orientalism of cultural appropriation of dress and the implications of the Orientalist gaze on often-exotified and thus dehumanized feminine bodies – especially given the past three weeks of museum-facilitated Orientalism.

They’re offended by “implications of the Orientalist gaze on often-exotified dehumanized feminine bodies??”

Kudos to the National Coalition Against Censorship, for their letter to the museum. Here’s an excerpt:

Museums and other public institutions cannot serve as vital centers of cultural engagement if they feel compelled to avoid controversy, or to respond to it by giving in to demands that represent a specific viewpoint at the expense of others. Art often engages audiences over emotionally charged issues, and frequently reveals an uncomfortable history of  past events and attitudes. These debates require a considered, consistent, and principled response if a museum is to serve its essential functions effectively. The small but energetic group that protested “Kimono Wednesdays” as racist have the right to their views. But should the museum respond to these views by canceling the program and apologizing?

2) Cecil the Lion: Most of you have, by now, heard about the killing of Cecil the Lion in Zimbabwe, and the associated social media “storm.” After a few days, I began to see posts on Facebook and Twitter that asked how people could be angered by Cecil’s death and not by #BlackLivesMatter or the deaths of unborn children:

3) God Bless America: Several years ago, after 9/11, I had a license plate that said, “God Bless America.” I meant nothing by this license plate, except that I knew our country had turned a terrible corner, and that in many ways, our lives would never be the same again. I still remember the day a friend of mine, who was not American, asked me, “Why should God only bless America?”

Did my license plate say anything about “God Bless ONLY America?” No.

We are multi-dimensional. We can care deeply about more than one thing.

There was a time when trying on a kimono was “safe”–seen as nothing more than a desire to experience something from a different culture. And, there was a time when a person didn’t have to think twice about expressing sadness or outrage over the death of an animal without a concern they might offend someone.

Now, it’s as if people look for things to be offended by. And, because they’re offended, many of us shut down our expressions and opinions, as the Museum of Fine Arts in Boston did with the kimono exhibit.

And there you have political correctness.

If done with respect, it’s okay to disagree, to think differently from each other–to be passionate about more than one thing, even if it leads to someone being offended.

As far as I’m concerned, the resulting political correctness–the insidious assumption that we should all think alike–is worse.